This year is the first Thanksgiving where I’m kind of responsible for a meal. After Bryan and I volunteer at the TXU Energy Houston Turkey Trot, we’re doing a Thanksgiving  lunch for two with scaled down thanksgiving recipes (like turkey legs, instead of a giant bird, parsnip mashed potatoes, and other simple things we can cook together). Even though we’re meeting up with his family later in the day, we’re going to be up at 3 a.m., and famished by the time we finally get home that morning.

It’s also our first Thanksgiving together, which we were both excited about. As we were planning the menu together, we got to pies. Bryan love pumpkin, and I, pecan. We tried hard to convince each other that one was better than the other (Pecan is CLEARLY the winner), but neither of us wanted to budge. “Why don’t I just make a pumpkin pecan pie?” I asked. I promised it would be good, even though I’d never made one before. Gotta love those kinds of promises.

I was really excited when I pulled both of the pies out of the oven. I couldn’t believe how AWESOME they looked and smelled, but I was even more excited about how they tasted. I was a little bit scared because I tried to healthy them up (subbing Chobani for heavy cream and half and half). I wasn’t sure WHAT was going to work.

See the recipe below if you can’t pick just one pie! What kinds of desserts are you committing to this thanksgiving?

Mila Clarke Buckley is a type 2 diabetes advocate who started her food blog, "The Hangry Woman", after being diagnosed with type 2 diabetes and struggling to find approachable resources to help her manage the chronic condition and live a happy, healthy life. HangryWoman.com aims to take away the shame and stigma that comes with a type 2 diabetes diagnosis and covers topics like diabetes management, cooking, and self-care from the perspective of someone living with the chronic condition. Mila has worked with companies like OneTouch, a Lifescan Company and Whole Foods Market, and she has been featured by The Kitchn, Houston Press, Travel Noire, Healthline, Yahoo Lifestyle, and WebMD. Mila lives in Houston with her husband and two pups. 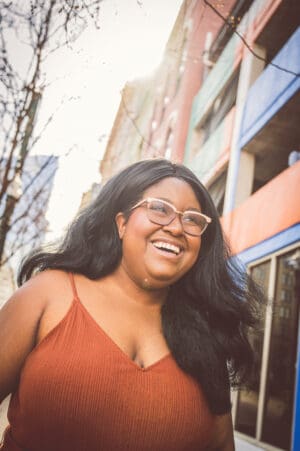